Symbols of The Catholic Faith

During the funeral liturgy one sees simple yet powerful symbols that reflect our hope in the resurrection. The paschal candle is lit to show that Christ is the light that dispels the darkness of sin and death; holy water is sprinkled to recall the new life of baptism; and the casket is covered with a white pall, which symbolizes the Christian dignity of all the baptized. When the body is brought to the church, any symbols that may have adorned the coffin, such as national flags or insignia of associations to which the deceased belonged, are removed in favour of the pall.

In this way the unsurpassable dignity given in baptism and the fundamental equality of all before God is symbolized.

Insignia and other items, such as pictures, are most appropriately displayed at the funeral home during the visitation or in the parish centre during the reception following the Mass. With the permission of the parish priest, they may also be displayed in a suitable place in the church, but never in such a way as to take away from the primary symbolism of pall and paschal candle, used to highlight the baptismal dignity of the deceased, a status that surpasses all earthly achievement or association. 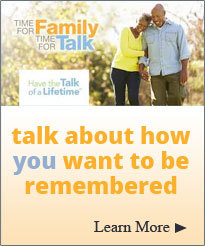