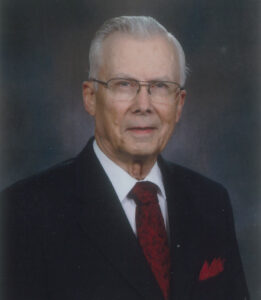 The Family of Walter Henry Stevenson of Edmonton, Alberta is saddened to announce his passing on November 11, 2020 at the age of 84 years.

He was predeceased by his brother Frank Stevenson and Brother-in-law Loren Wilson.

Walter was born in 1936 in Edmonton, Alberta and was the first of four children to Anne and George Stevenson. After graduating from high school Walter never stopped his hard work and dedication to his pursuits, ranging from lifeguarding to home construction, with his ultimate field of choice being telecommunications. During his years working in this field Walter specialized in Microwave digital radio, and continued to constantly be an expert with the newest innovations and technologies that were implemented.

As much as Walter enjoyed his work however, family and children were his ultimate passion. If he wasn’t at work you would find him either camping with his wife and children, working as an umpire at youth baseball games, coaching baseball teams or hauling as many kids as he could get into his vehicle to take them up the ski hill. His driving habits in this regard gained him the nickname Starsky from the neighbourhood kids, and contrasted with his gentle and calm nature in a rather humorous manner.

Walter’s spare time was utilized by a love of reading, playing chess in worldwide competitions, rock hunting followed by making jewelry for everyone he knew, learning Karate, volunteering with the catholic church and being actively involved in the Sign of Hope Charity group.

Walter will be missed by all those lives that he touched. Memorial Donations may be made in Walter Stevenson’s name to the Sign Of Hope Charity. (signofhope.cssalberta.ca)

The family wishes to send a special thank-you to the staff at the Royal Alexandra Hospital 5 East Palliative Unit for their care and compassion during this difficult time.