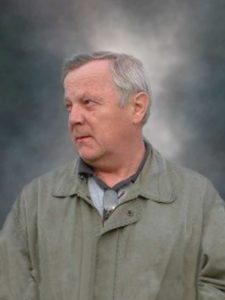 It is with sadness that the family of Tadeusz (Tadek) Dabros announces his passing, at home and surrounded by his loving family, following a brief but intense battle with cancer.

He is survived by his wife Ludmila–semicolon– sons Michal (Blanca) and Dawid–semicolon– daughters Anna and Marta (Zaw), as well as his beloved grandchildren Mateo, Viktoria, and Olivia.

He was predeceased by his father Wladyslaw–semicolon– mother Anna–semicolon– and brothers Adam, Karol, Kazimierz, and Stanislaw, all of Poland.

He was born on his small family farm in Wolka Gradzka, Poland in 1949, and worked at the Jagiellonian University in Krakow as a chemist. In 1991, he came to Montreal to work at McGill University as a visiting scientist, and was later joined by his family. In 1993, they came to Edmonton, where Tadek began his long career as a research scientist at the University of Alberta and CanmetENERGY, Natural Resources Canada. Respected by his colleagues, he was passionate about his work and was a mentor to many young scientists over the years.

He was a quiet man with a great sense of humour who valued his privacy and loved his family immensely. He especially had a soft spot for his grandchildren, whom he adored and spoiled at every chance. He valued the pursuit of knowledge and placed high value on education, learning and collaborative work.

His family would like to thank the doctors and nurses at the University of Alberta Hospital and the Cross Cancer Institute, and especially his homecare nurse Baljinder Gill of Southeast Palliative Homecare, who took exceptional care of him and his family in his last days.

In lieu of flowers, the family asks that donations be made to Operation Smile Canada or Ogniwo Polish Museum in Winnipeg, Manitoba.