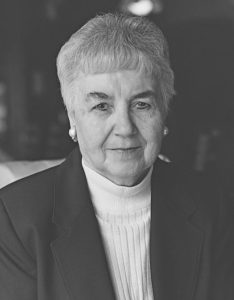 It is with great sadness that we announce the passing of our mother, grandmother and friend, Stefania.

Our mother and babcia was born in Olkusz, Poland. During the disruption of the war years, she spent her teens in India and Africa. In 1949, she came to Canada with her mother and her sister where she lived an extraordinary life enjoying her time with family, friends, and especially her grandchildren and great-grandchildren.

She is survived by her two sons, Henry (Alicja) and Walter–semicolon– grandchildren, Peter (Carmen), Rachel (Meghan), Ryan and Karen (Eric), great-grandchildren, Luke, Karl and Anya–semicolon– sister Bronis&#322–semicolon–awa–semicolon– family and friends here in Canada and in Poland.

The family would like to extend their heartfelt gratitude to Dr. Olson and all of the staff of Main A at CapitalCare Dickinsfield.