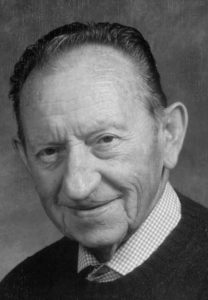 Early on October 21 with his daughter by his side, and his faith secure, he slipped away from this life to be welcomed by Jesus and those who have gone before.

Karl settled in Edmonton and in 1963 met and fell in love with his wonderful wife Carol. They were married May 16, 1964. Karl was a loyal, hard-working man of integrity who showed genuine love and care for all those dear to him. He demonstrated his enjoyment and expert knowledge of the outdoors by activities such as hunting (and guiding), fishing, and gardening. Karl excelled in multiple trades and talents, including making delicious meals! Karl was sadly predeceased by his loving wife Carol in 2008.

Those that wish to pay their respects may do so beginning at 9:00 a.m., followed by the Funeral Service at 10:00 a.m. Saturday, October 26, at Connelly-McKinley Funeral Home, 4820 Meridian Street, Edmonton.