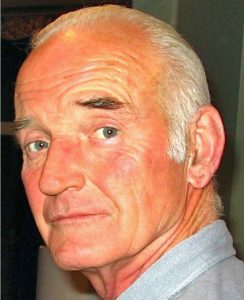 On November 12, 2013 while surrounded by his loving family, Christopher Joseph Sheppard passed away peacefully at the age of 70 years.

Chris was predeceased by his parents, Joseph and Victoria–semicolon– mother and father-in-law, Esther and Jim Strachan–semicolon– son, Dale Sheppard–semicolon– and sister-in-law, Susan Sheppard.

Chris enjoyed working at Southland Transportation as a driver, and as a waiter at The Royal Mayfair Golf & Country Club. Chris also enjoyed going on cruises and seeing the world with mom.

A Memorial Service will be celebrated at 2:00 p.m. on Monday, November 18, 2013 at Connelly-McKinley Funeral Home, 10011-114 Street, Edmonton. Cremation has taken place with a private interment at a later date.

Memorial donations in Christopher’s memory may be made to the Heart & Stroke Foundation of Alberta, 10985-124 Street, Edmonton, AB, T5M 0H9.